Welcome to the JB2008 empirical thermospheric density model website. A new empirical thermospheric density model, Jacchia-Bowman 2008, is developed as an improved revision to the Jacchia-Bowman 2006 model which is based on Jacchia’s diffusion equations. Driving solar indices are computed from on-orbit sensor data, which are used for the solar irradiances in the extreme through far ultraviolet, including x-ray and Lyman-α wavelengths. New exospheric temperature equations are developed to represent the thermospheric EUV and FUV heating. New semiannual density equations based on multiple 81-day average solar indices are used to represent the variations in the semiannual density cycle that result from EUV heating. Geomagnetic storm effects are modeled using the Dst index as the driver of global density changes. The model is validated through comparisons with accurate daily density drag data previously computed for numerous satellites in the altitude range of 175 to 1000 km. Model comparisons are computed for the JB2008, JB2006, Jacchia 1970, and NRLMSIS 2000 models. Accelerometer measurements from the CHAMP and GRACE satellites are also used to validate the new geomagnetic storm equations.

This is a legal agreement between you and Space Environment Technologies (referred to herein as “SET”) covering your use of the software. Be sure to read the following agreement before using the software. By installing or using the software, you indicate your unconditional acceptance of the terms of this agreement. IF YOU DO NOT ACCEPT THE TERMS OF THIS AGREEMENT, DO NOT USE THE SOFTWARE AND DESTROY ALL COPIES OF IT.

This software is publicly distributed for use without charge as a courtesy to aerospace users. You may also use this software according to the terms of separately negotiated contracts with Space Environment Technologies. This software is distributed without charge and without restrictions by SET. Commercial distribution of the software is permitted through this license with the restriction that an acknowledgement be made to the distributor Space Environment Technologies and that this website is provided to users for access of additional information. You may not modify, adapt, translate, reverse engineer, decompile, or disassemble the software or the data products that drive this software.

The software and related documentation are provided “AS IS” and without warranty of any kind. SET EXPRESSLY DISCLAIMS ALL OTHER WARRANTIES, EXPRESS OR IMPLIED, INCLUDING, BUT NOT LIMITED TO, THE IMPLIED WARRANTIES OF MERCHANTABILITY AND FITNESS FOR A PARTICULAR PURPOSE. ANY WRITTEN OR ORAL INFORMATION OR ADVICE GIVEN BY SET, ITS AGENTS, DISTRIBUTORS, OR EMPLOYEES, SHALL NOT IN ANY WAY BE CONSTRUED AS GRANTING OR CREATING A WARRANTY. UNDER NO CIRCUMSTANCES SHALL SET BE LIABLE FOR ANY DIRECT, INDIRECT, INCIDENTAL, SPECIAL OR CONSEQUENTIAL DAMAGES (INCLUDING, BUT NOT LIMITED TO, DAMAGES FOR LOSS OF PROFITS, INFORMATION, OR GOODWILL) THAT RESULT FROM THE USE OR INABILITY TO USE THE SOFTWARE OR RELATED DOCUMENTATION, EVEN IF SET HAS BEEN ADVISED OF THE POSSIBILITY OF SUCH DAMAGES. 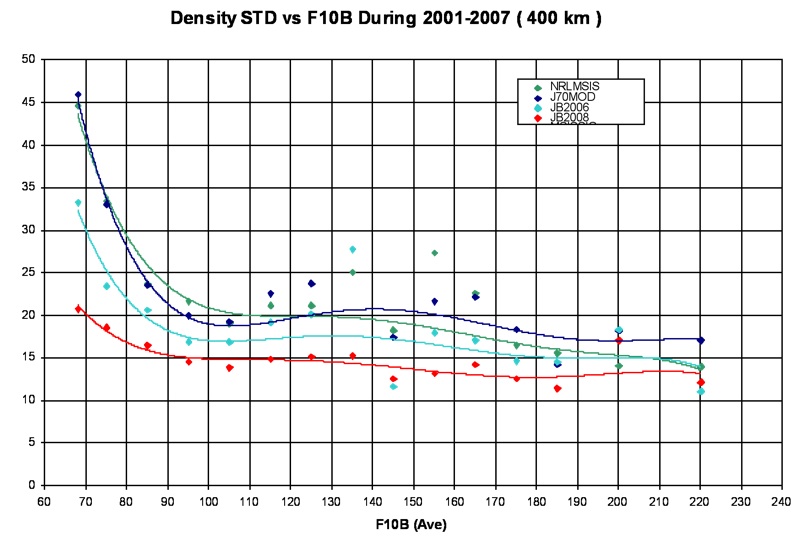 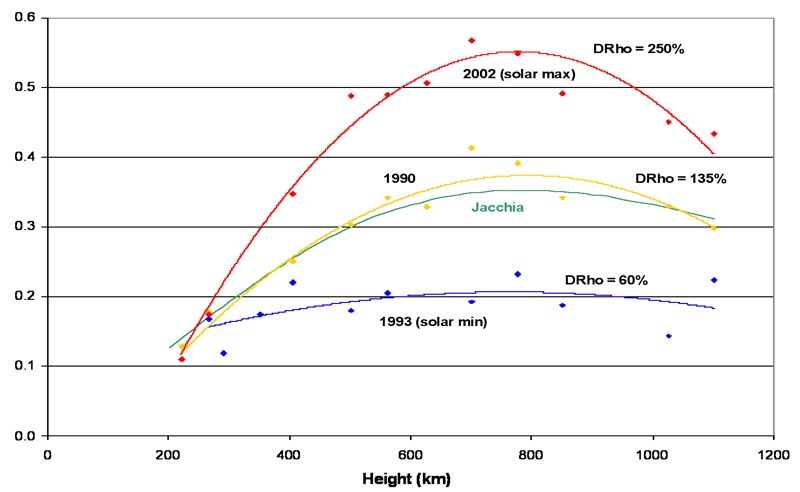 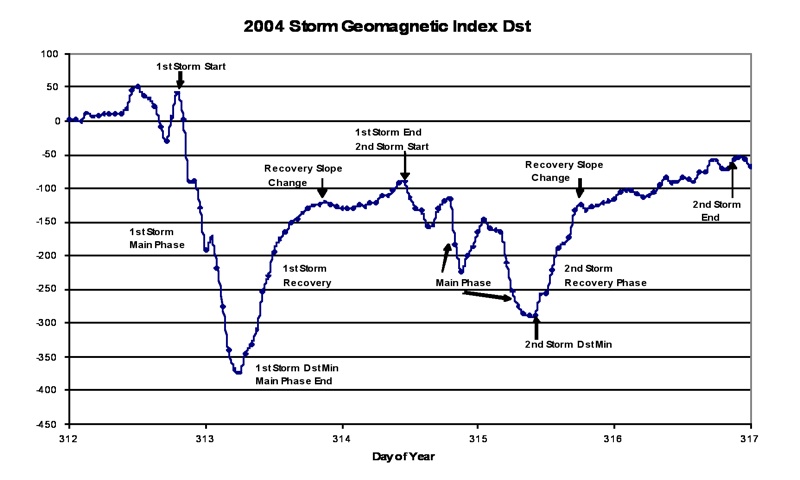 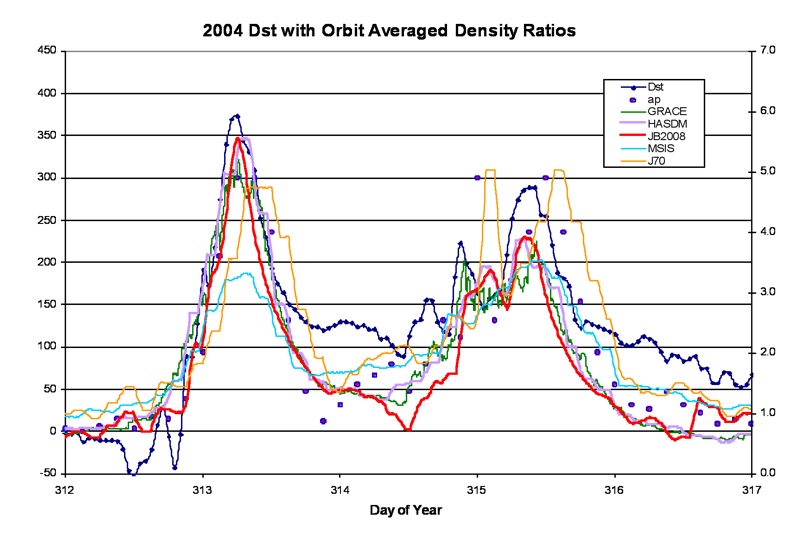 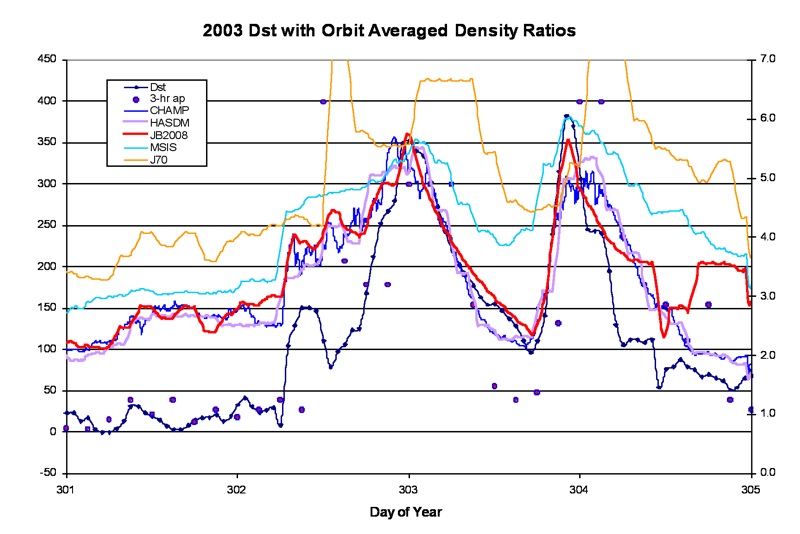 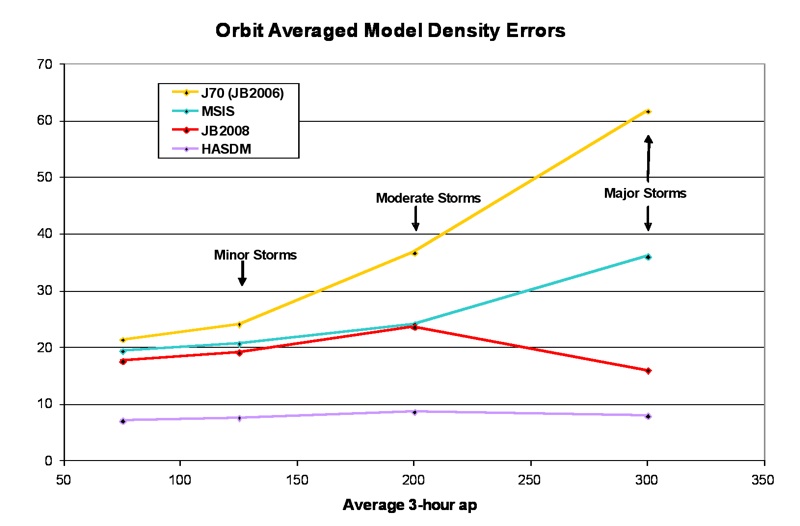 Figure 1. HASDM-to-Model density ratios at 400km altitude as a function of F10B

Figure 3. The amplitude function F(z) for three different years (1990, 1993, 2002), with semiannual amplitudes plotted for each satellite for each year. The constant F(z) function from Jacchia is also plotted.

Figure 4. A multiple storm during 2004, showing the different storm events.

Figure 7. Model density 1-standard deviation errors as a function of ap ranges representing storm magnitudes. Values are based on orbit averaged percent density differences between the calibrated accelerometer data, from both CHAMP and GRACE, and the different model values. JB2006 uses the same geomagnetic storm modeling as J70.

When using JB2008 indices or other data from this website in a publication or conference paper, please acknowledge use of the data as: “The JB2008 solar and geomagnetic indices are provided for scientific use courtesy of Space Environment Technologies.”