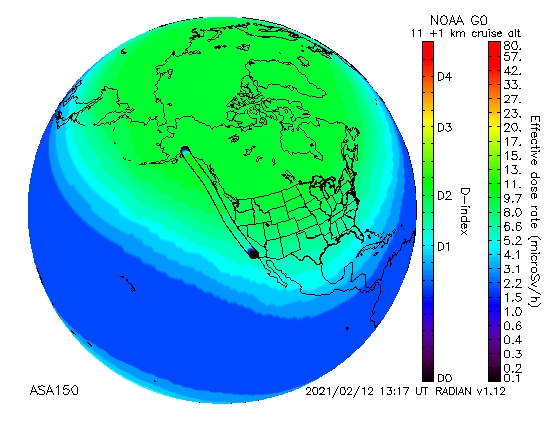 LOS ANGELES, CA. Space Environment Technologies announced the release of its next version of the Automated Radiation Measurements for Aerospace Safety (ARMAS) iOS app v3.1 in the Apple Store. This popular app, released in record time by Apple, provides all the real-time space weather information that affects the radiation environment at aviation altitudes.

In addition to general bug fixes, new updates include new functionality for controlling an ARMAS FM7 device where app recognizes a nearby FM7 and automatically connects. In addition, new SET server facilities have been added that speed up the app link for data access on requested flights.

The ARMAS iOS app supports six user groups with radiation exposure information. These groups include vehicle owners with an ARMAS FM7 instrument as well as pilots and crew, business flyers and high mileage frequent flyers who do not use the FM7. The interested public in space weather seeking information related to radiation exposure and the curious user not familiar with the radiation environment in an aircraft or space vehicle are also user groups. The ARMAS iOS app is available at the Apple App store as a free download. Upgrades are managed within the app itself.

The ARMAS iOS app v3.1 is part of this program and performs two tasks: