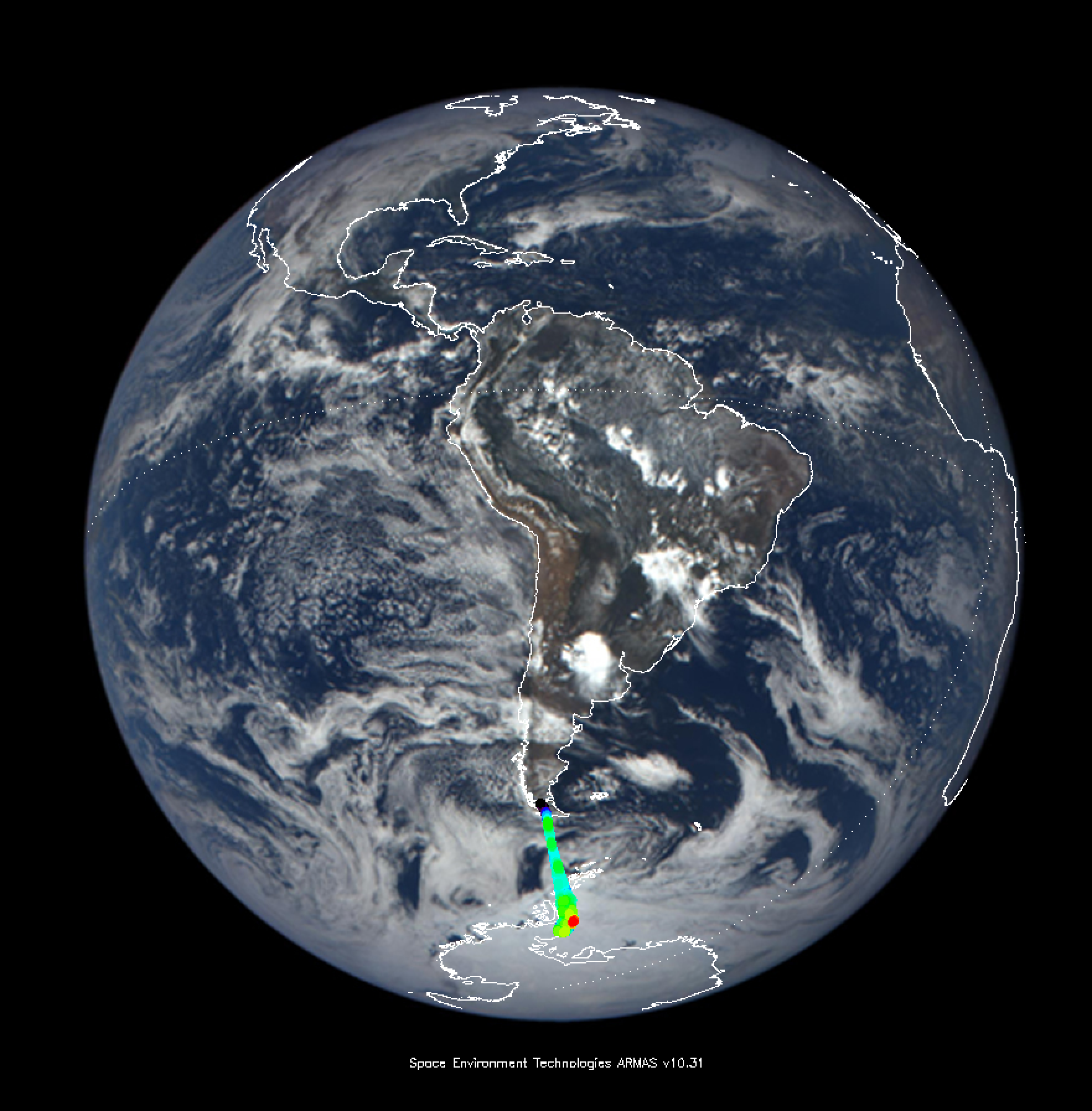 The ARMAS iOS app supports six user groups with radiation exposure information. These groups include vehicle owners with an ARMAS FM7 instrument as well as pilots and crew, business flyers and high mileage frequent flyers who do not use the FM7. The interested public in space weather seeking information related to radiation exposure and the curious user not familiar with the radiation environment in an aircraft or space vehicle are also user groups. The ARMAS iOS app is available at the Apple App store as a free download. Upgrades are managed within the app itself.

The ARMAS iOS app v3.0 is part of this program and performs two tasks:

Dave Bouwer, SET Chief Engineer, explained that there are five levels of service with the ARMAS app. “On first download, the public gets a free app but with ads. One can see the ARMAS and Nowcast of Aerospace Ionizing Radiation System (NAIRAS) current radiation environment, can view information to understand radiation sources, can see an example of the FM7 flight screen, and can obtain information about the FM7 instrument. The app communicates with an array of secure SET servers that integrate numerous space-weather models with multiple realtime data-streams from satellites and ground stations, providing up-to-date space-weather data and effective dose rates.”

Brad “Buddy” Gersey, a SET Senior Radiation Scientist, noted that “It’s really easy to upgrade to the member level – for $2.99 all the Sun and Earth current space weather related to radiation additionally becomes accessible in addition to the removal of ads. This is a great educational tool for anyone interested in space weather.”

It was noted by several users that the Premier level of upgrade ($129.99/yr) for frequent flyers provides a novel feature never seen before in apps – it shows “curtains” of current global radiation up to 90 km altitude anywhere on the planet and it provides a unique interface through the app’s Flight Window to visualize and download radiation information from any current or recent flight, anywhere on the planet, as long as the ICAO carrier name and flight number, or vehicle tail number, are provided.

SET’s Chief Scientist, and ARMAS Principal Investigator, W. Kent Tobiska, identified the Professional upgrade ($149.99/yr) capability as being a first-ever app for pilots and crew. “The Professional upgrade to the app let’s crew members see flight-specific paths through radiation field, giving a satellite view for regional context, and providing a text summary for any requested specific flight. This feature is a game-changer decision-aid tool for pilot and dispatcher use in aviation safety.” Tobiska also noted that SET provides enterprise-level data access for operational aviation weather providers beyond the ARMAS app itself.

Kevin Judge, a Senior Software Scientist for SET, developed the FM7 firmware. He remarked that “the Enterprise upgrade is free with a FM7 purchase. It includes all the features in the Professional version plus it automatically scans for and pairs with an ARMAS FM7 radiation detector when one is nearby.” The app enables full control of, and download of data from, the FM7.

The ARMAS program is developed and operated by Space Environment Technologies, which specializes in space weather as an official NOAA “Weather Ready Nation” Ambassador.