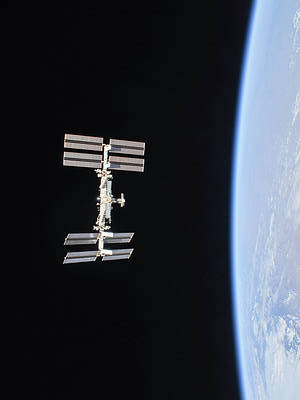 CHICAGO, ILLINOIS. The American Geophysical Union (AGU) fall 2022 meeting was held December 11-17, 2022 in Chicago Illinois. Scientists from Space Environment Technologies made presentations on a number of topics and panels, including those for 1) Diversity, Equity, Inclusion (DEI), and Accessibility in the Space Sciences, 2) Data-Driven Modeling and New Measurements of the Magnetosphere-Ionosphere-Thermosphere (MIT) System, and 3) Space Precipitation: Drivers, Dynamics, and Impacts.

Kaiya Wahl of SET was an invited panelist in the Diversity, Equity, Inclusion (DEI), and Accessibility in the Space Sciences session on Tuesday December, 13, 2022. Wahl noted that “the space weather industry sector has grown considerably since its inception in 2000 and, although the industry is seeing an increase in the acceptance of diversity, equity, and inclusion, this intense and competitive industry is still challenging for minorities.” Wahl reminded the audience that still over 70% of the STEM workforce is white and women only make up 27% percent of the workforce. She provided examples from her own life in academia and industry of the path she has followed to navigate these challenges.

Shaylah Mutschler of SET provided insights in the Data-Driven Modeling and New Measurements of the Magnetosphere-Ionosphere-Thermosphere (MIT) System session on Thursday December, 15, 2022 with an oral presentation. Her discussion of “The Machine learning Enabled Thermosphere Advanced by HASDM (META-HASDM) system” identified that the number of Low Earth Orbit (LEO) objects will TRIPLE in the next 2 years causing collisional hazards to increase. In an effort to help mitigate this challenge she identified SET’s META-HASDM system as a collaborative project between Space Environment Technologies, West Virginia University, Kayhan Space, and Orion Space that is providing uncertainty for thermospheric density specification. This will improve conjunction assessment as well as operational global space traffic management. In addition, META-HASDM leverages new Space Weather Benchmarks with the two solar cycle SET HASDM density database that has been released publicly at https://spacewx.com/hasdm/. This database has an accuracy, time resolution, and global scale where no comparable dataset currently exists. Mutschler described on ongoing project to use satellite GPS data for deriving densities and its use in comparison to HASDM and the HASDM-ML model.

W. Kent Tobiska of SET presented an overview in the Space Precipitation: Drivers, Dynamics, and Impacts session on Wednesday December, 14, 2022 with a poster presentation. His talk on “Suggestions of electron precipitation in ARMAS radiation monitoring from the surface to LEO” described how radiation hazards at commercial aviation altitudes up to suborbital space have been known for decades including those from galactic cosmic rays (GCRs) and solar energetic particles (SEPs). More recently he pointed out that radiation belt particle precipitation (RBPP) is likely an additional radiation source. The complex radiation field that derives from these primary particle sources creates safety concerns for aerospace crew and passengers. Because of this safety hazard, the Automated Radiation Measurements for Aerospace Safety (ARMAS) program was developed to provide global aerospace radiation environment monitoring. His talk was provided in the context of validation and performance assessment for radiation monitoring and its transition to operations.