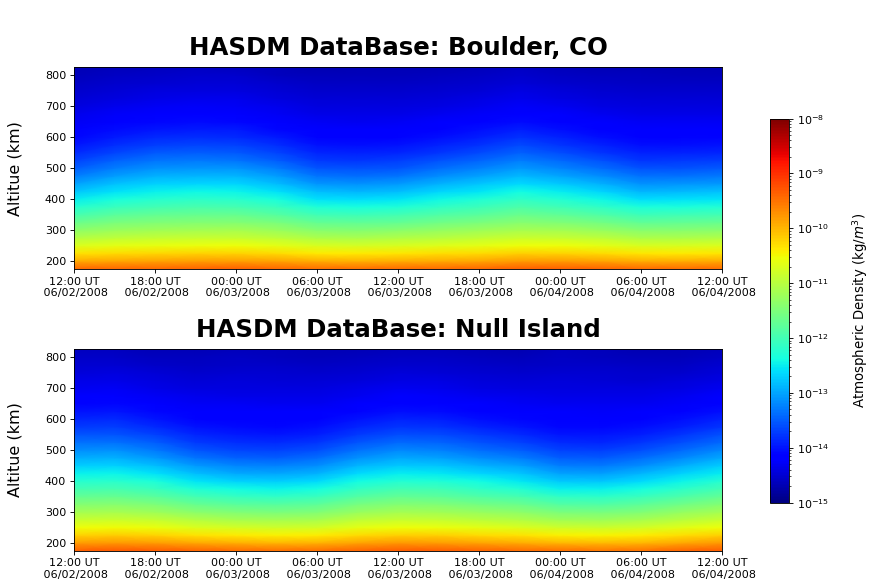 The SET HASDM density database resides in a SQL database with open community access for scientific studies. The information is available from January 1, 2000 through December 31, 2019. Data records exist every 3 hours during solar cycles 23 and 24 (2000–2019). The database has a grid size of 10° latitude × 15° longitude with 25 km altitude steps between 175–825 km.

West Virginia University (WVU) is working with SET to create the statistical metrics of the database through a joint META-HASDM project. The team is using machine learning (ML) to quantify the database and uses over a dozen modes of a neural network to characterize the density changes. Called HASDM ML, the project is making the global density environment useful for rapid operational applications in areas such as space traffic management, is making satellite orbital operations more efficient with more accurate orbital location, and is making improved ballistic coefficients for all Low Earth Orbit (LEO) objects to manage the growing orbital debris problem. For the first time the HASDM ML algorithms are able to identify the uncertainty in the variations of the upper atmosphere neutral densities.