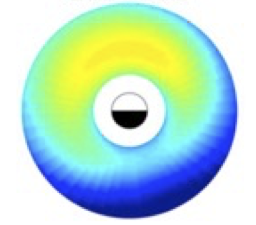 With these seven awards, the broader academic, industry, and agency communities, along with SET, will be able to improve air safety at commercial altitudes by better understanding the radiation environment caused by leaked particles from the Van Allen radiation belts as they enter the top of the atmosphere, including from satellite observations. In addition, the Dst index forecast will greatly improve thermosphere density specification during geomagnetic storm periods for the US Space Force’s HASDM system, to which SET provides operational data. The improved understanding of orbital drag effects for LEO satellites, the improved operational capacity of HASDM, and the nitric oxide measurements from NICECUBE will greatly impact the ability to specify more accurately thermosphere densities and conduct space traffic management more safely in the coming decade.