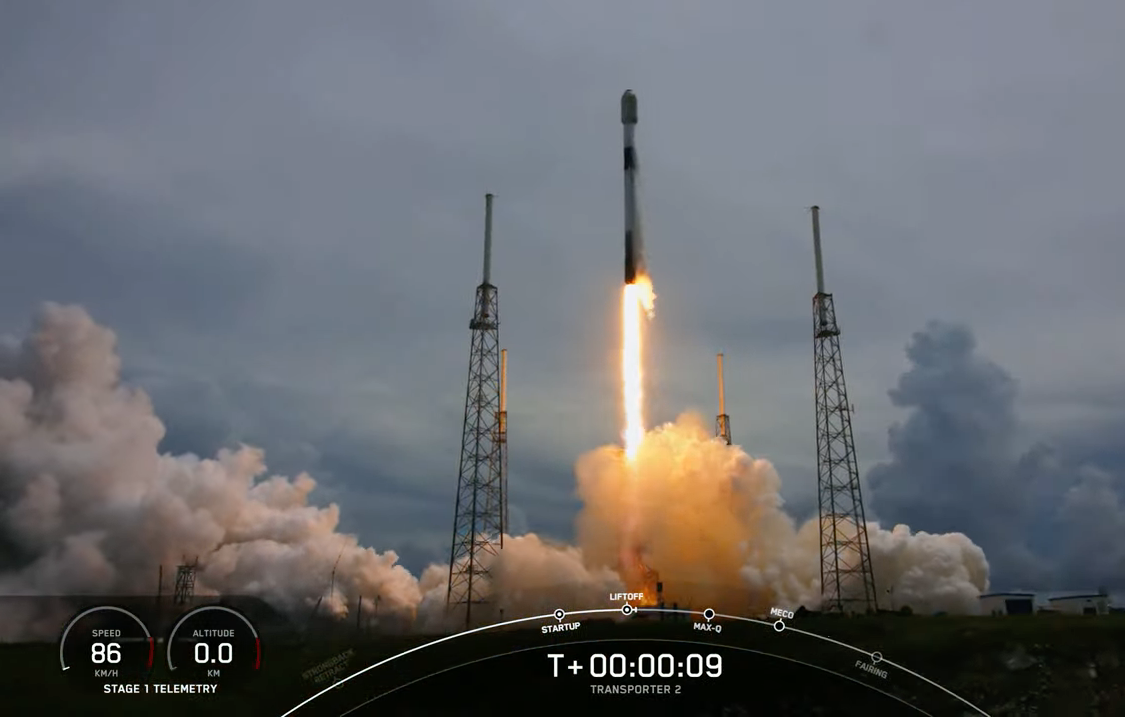 The Automated Radiation Measurements for Aerospace Safety (ARMAS) Flight Module 8 (FM8) is a payload on the TAGSAT-2 satellite. The satellite is attached to the mounting ring of the Transporter-2 vehicle. A total of 88 satellites were launched on this flight. The orbit is polar, sun-synchronous at about 550 km altitude for a duration of up to 7 years. Liftoff at 19:31 UT (12:31 pm PT) marked SET’s first orbital launch of an ARMAS instrument.

This is a major step forward for the ARMAS program in providing continuous, 24/7 radiation monitoring for air and space safety. The SET instrument team, led by Chief Instrument Scientist Dr. Leonid Didkovsky, developed the FM8 for this flight, which was integrated with the TAGSAT-2 satellite built and run by NearSpaceLaunch (NSL). Data will come from NSL to SET’s Data Services Division and be incorporated, near real-time, into the RADIAN data cube for global aviation radiation weather specification.

“NSL’s satellite hosting ARMAS takes this program to the next milestone – implementing the system in orbit for continuous, accurate, automated radiation monitoring,” said Dr. W. Kent Tobiska, Principal Investigator for ARMAS. SET Senior Radiation Scientist Dr. Brad “Buddy” Gersey of SET noted that “This flight now gives us confidence for conducting accurate, calibrated operational management of radiation hazards from the Earth’s surface to above the top of the atmosphere.”

As ARMAS data are ingested into the RADIAN system, the accuracy of radiation dose rates along air and space flight paths improves. ARMAS improves air and space traffic management by providing monitoring of global radiation “weather” and allowing commercial air and space traffic to avoid higher radiation areas. The ARMAS iOS app in the Apple app store provides much of this information to individual users. An ultimate objective of this program is to reduce crew and passenger radiation exposure by providing the information to flight service operators so they can fly in lower radiation regions or spend less time in higher radiation locations. Accurate real-time monitoring of the dynamically changing radiation from galactic cosmic rays, solar flares, or the Van Allen radiation belts is an example of space weather services managing an environment that affects the health and productivity of a technologically advancing society.